Our Guido in LA website is run by Etsy so, feel free to shop our space there if you have an Etsy account by clicking here! Otherwise, you can buy direct from this page! 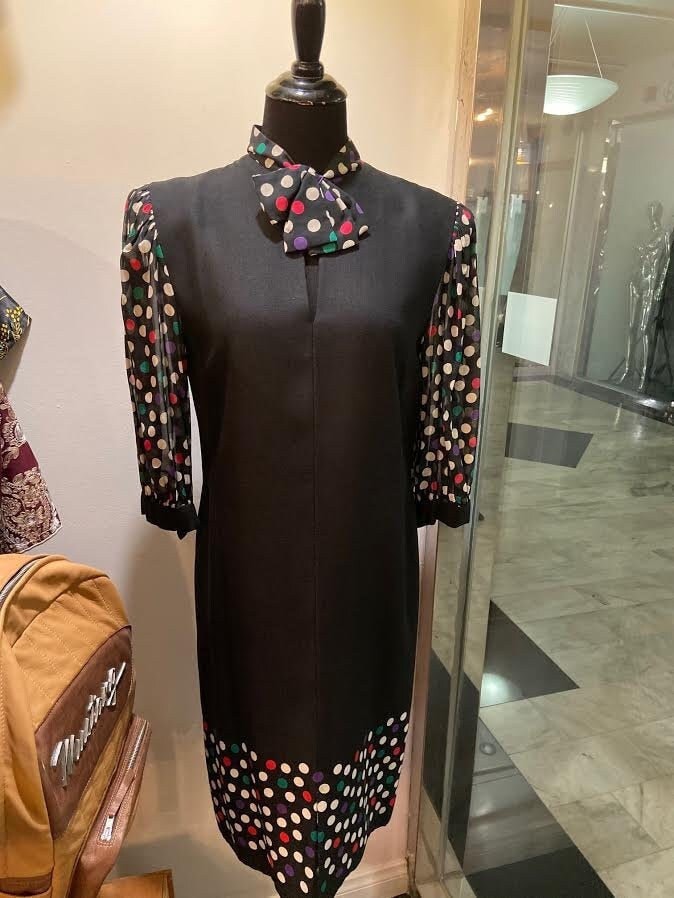 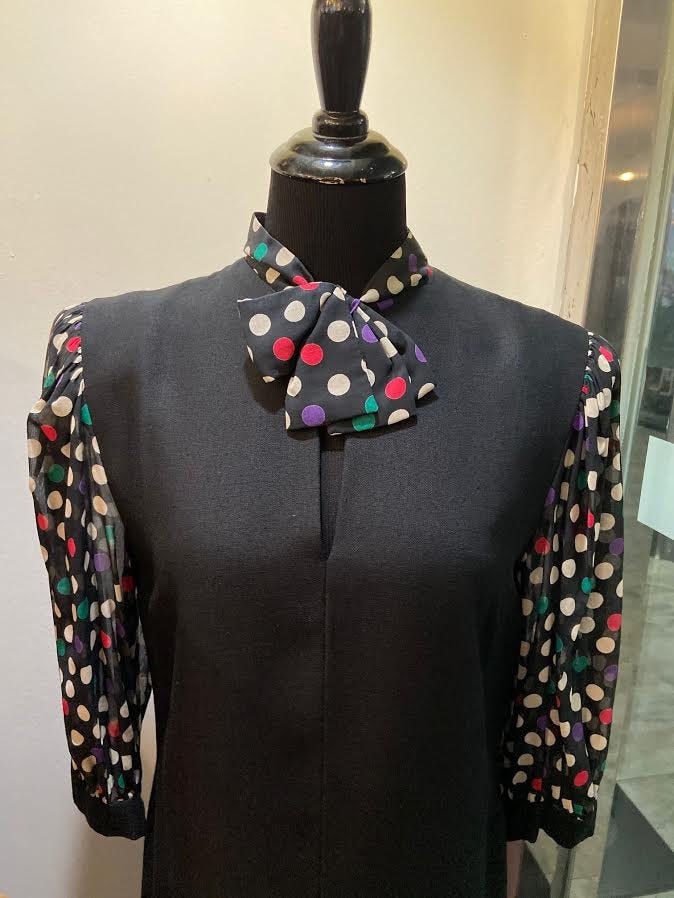 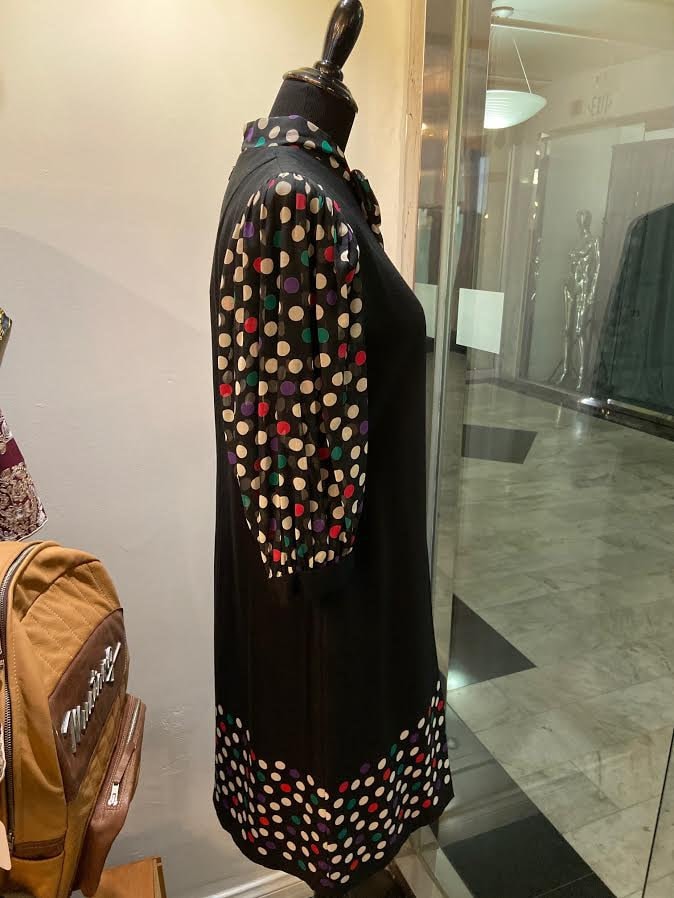 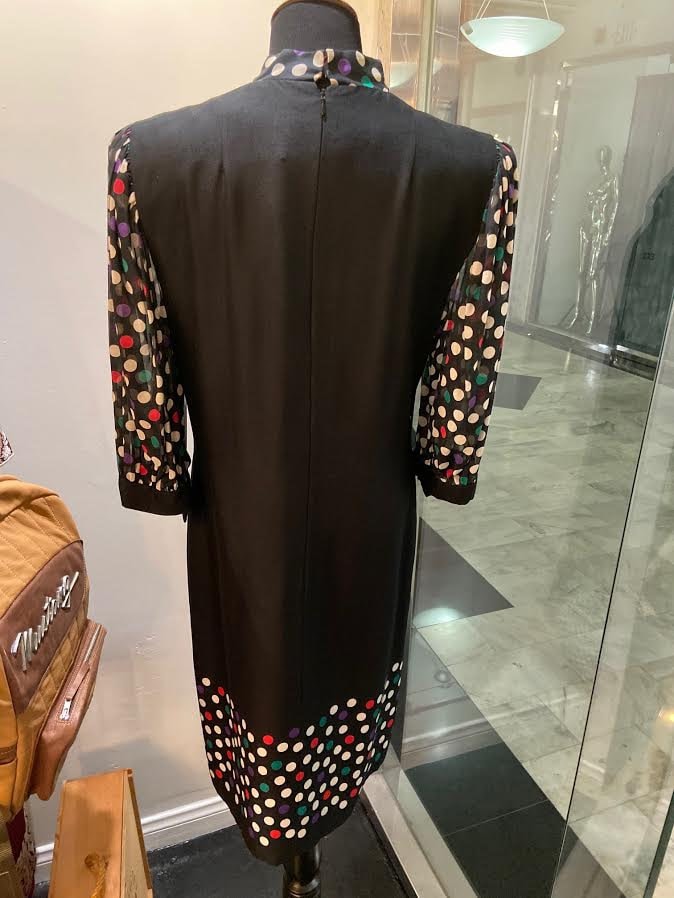 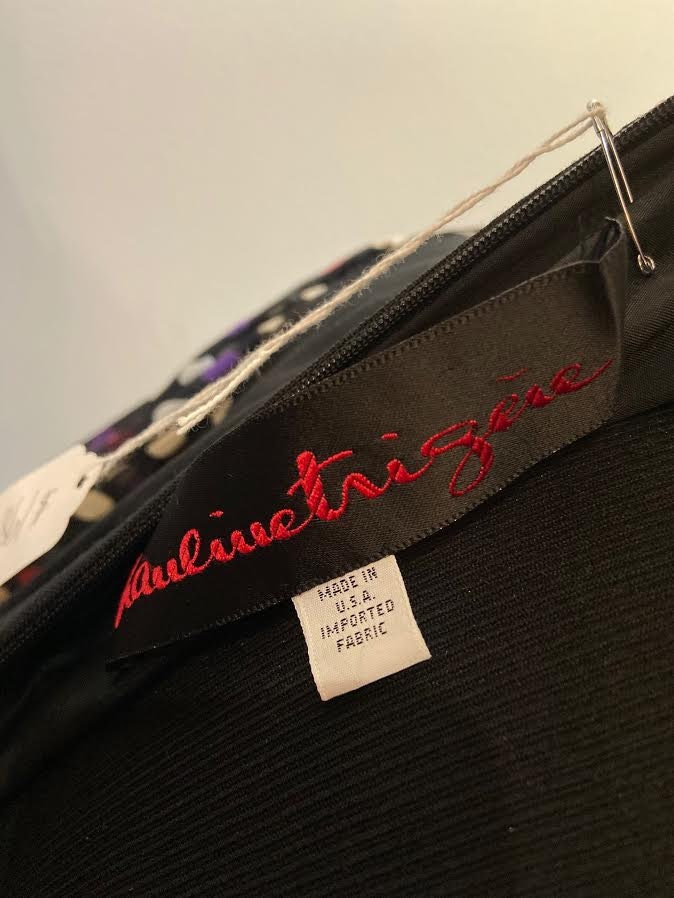 We are currently located in Palm Springs and are happy to deliver in the general area!

Fully lined in satin, this beautiful dress is in very good/excellent vintage condition and features 3/4 sheer sleeves and an attached bow.

In 1942, after working for several New York fashion houses, Trigère established Trigère, Inc., in order to produce her own designs. Her mastery of French styling attracted major buyers across the country, and as her personal style developed she assumed a position at the forefront of American couture. In 1949 she received the Coty American Fashion Critics’ Award, an honour repeated in 1951 and in 1959; on the latter occasion she was inducted into the Coty Fashion Hall of Fame. While her designs were generally conservative, Trigère pioneered the use of cotton and wool fabrics for evening dresses and devised such novelties as the reversible coat, the mobile collar, the spiral jacket, and the sleeveless coat. Outspoken and noted for her strong beliefs, she became in 1961 the first major designer to employ an African American model.

By 1958 Trigère, Inc., enjoyed annual sales in excess of $2 million, and by 1992 Trigère was the only designer to have remained in business for 50 years; she closed her company in 1994, although she continued to design accessories. She received the Lifetime Achievement Award from the Council of Fashion Designers of America in 1993. In 2001 Trigère was awarded the French Legion of Honour.


All items are cleaned and kept in a smoke-free home. As with many vintage items, there may be slight spots or wear but anything major will be in description of item. This item is also available at our shop located in The LA Apparel Mart 112 W. 9th Street Suite #200 in downtown Los Angeles.

I'll do my best to meet these shipping estimates, but can't guarantee them. Actual delivery time will depend on the shipping method you choose.

But please contact me if you have any problems with your order.

0 items in your cart